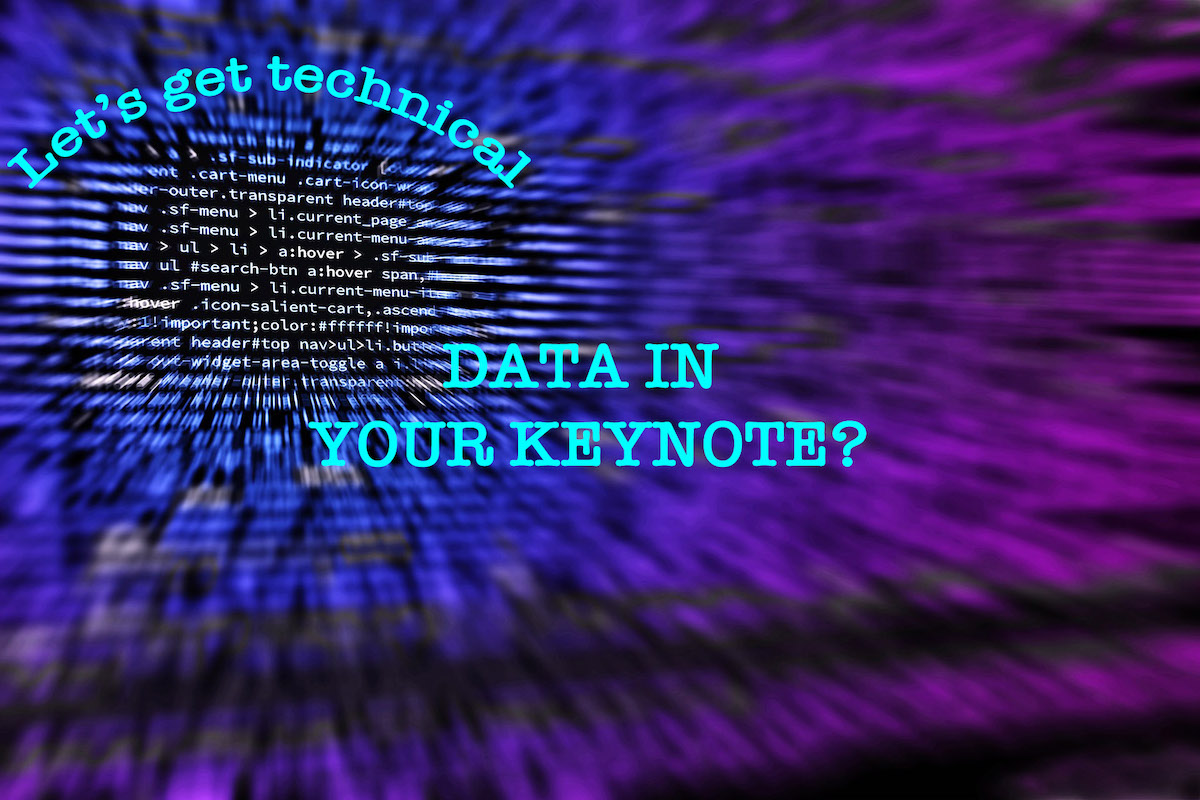 For keynote presentations it is usually wise to avoid using data. But for some topics, for some audiences, formulas, code, research results, statistics and other cerebral data cannot be avoided.

How do you include these data? Three short tips: 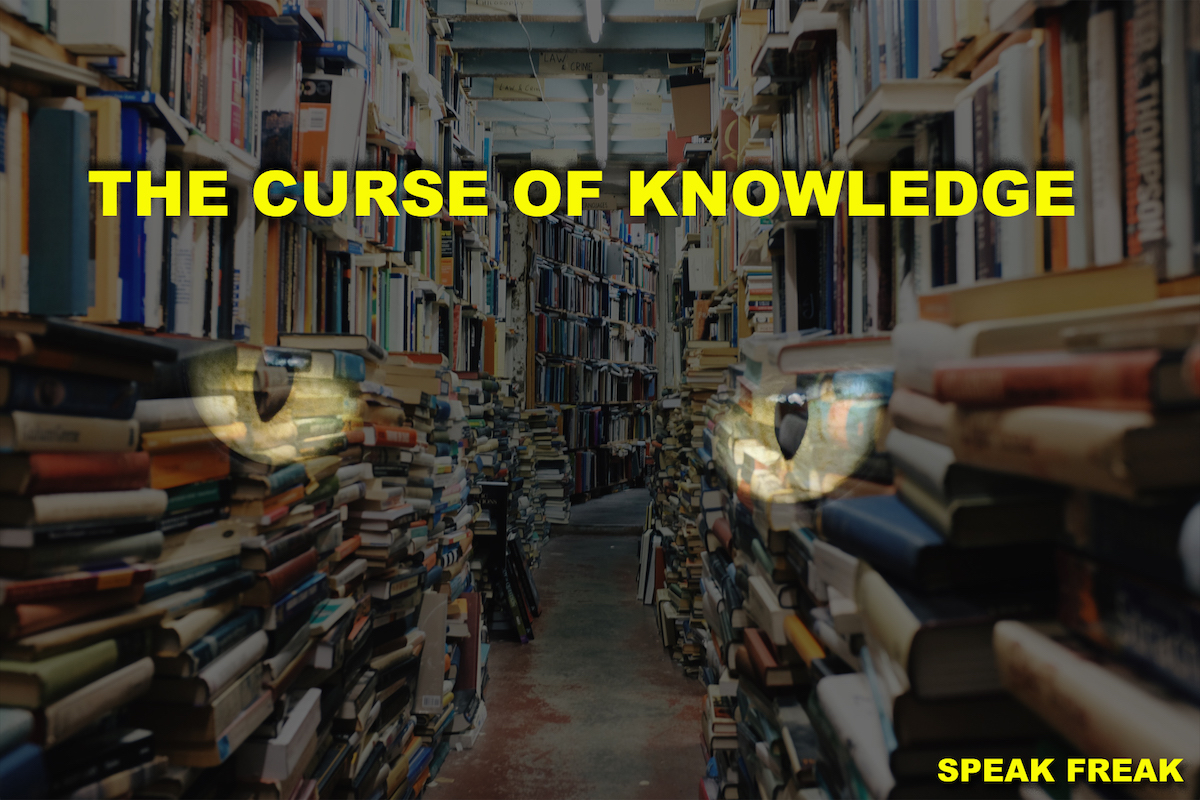 One of the most common traps speakers fall into is called the curse of knowledge.

They assume that the audience knows the same things they know.

One way to explain the curse of knowledge is with the tapping experiment:

Take a song that other people will know. Tap the rhythm on the table while you hear the melody in your head. Let the other people guess what it was. Most of the time, they won’t guess it. (Famous exceptions: Happy birthday and We will rock you)

This is the curse of knowledge: the melody is so clear in your head that it’s hard to imagine they won’t get it from the mere taps.

Now tell them the title of the song. If they know the song, and you tap it again, they will now hear the melody in their head as well.

And this is the way out: tell them. Explain. Give examples. Lead them to the melody. 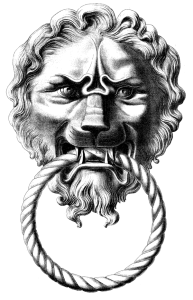 How do you break the curse of knowledge?

So how do you overcome the tendency to speak about things they don’t know in a way they don’t understand?

Of course, when preparing your material you always need to make some assumptions. But that’s the material of another blog post. 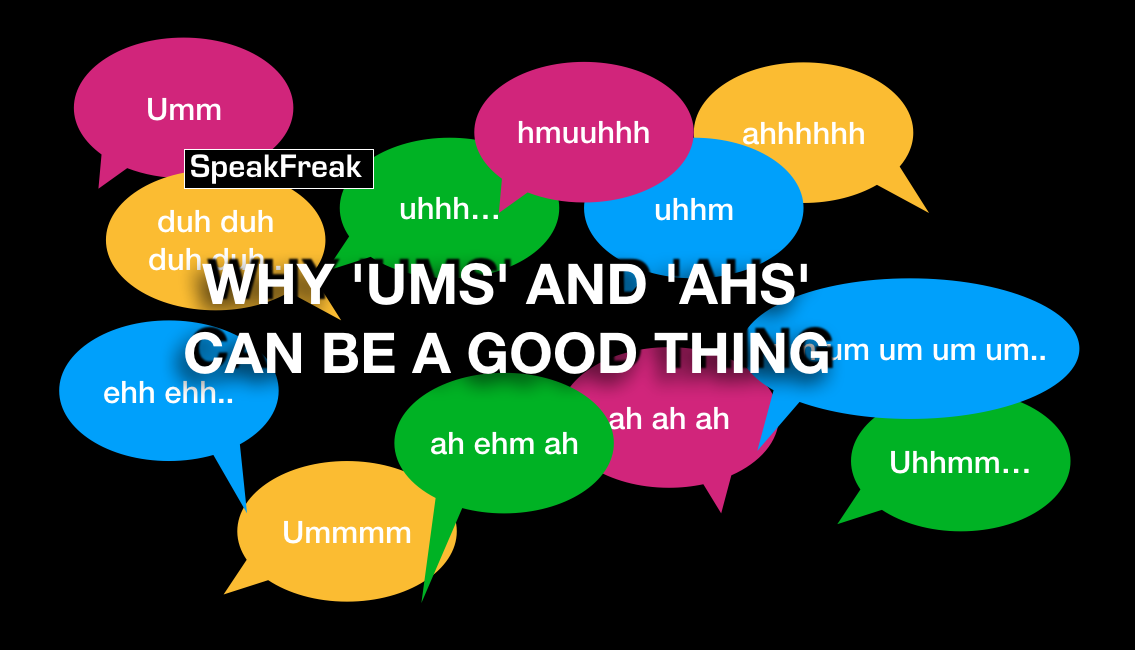 At the latest Google I/O conference, the company showed what they had been working on for the last four years: their AI (Artifical Intelligent software) is now able to make phone calls. And is in fact so good at it that real humans can’t tell the difference.

How do they do that? Well, they use an advanced neural network and train it on a very specific type of situation, blah blah blah, but more to the point in this context: they make it sound human.

Just listen to this conversation where the Google AI calls a restaurant to make a reservation. (source: Google AI blog)

As you can hear, one of the techniques they use to make the computer sound more human is: ums and ahs.

Get rid of your ums and ahs?

And yet, as speakers we often hear that we need to get rid of our ums and ahs. At Toastmasters meetings there is even a special person assigned to the task of counting them.

Well… of course, there can be too many ums in your speech.

But the underlying assumption often seems to be: a good speaker has no ums and ahs in their speech. And that is an assumption I don’t agree with.

Because ums and ahs have a function. And it’s not just to bide us time when we’re thinking. We can train ourselves to do that while pausing.

Ums and ahs have a signal function for the listener. They add emotional information to the speech. An um will often be interpreted as: “something important is about to follow.” And it has been shown that people pay more attention after it.

Ums and ahs can also be used as a form of politeness. To soften an otherwise harsh message. They show that the speaker is concerned.

Ums and ahs make you sound more human. And the developers at Google knew this all too well.

Not the number that counts

Still, it can be a good idea to get feedback on your use of these filled pauses. But it’s not so much the number that counts, but how distracting they are.

If your listeners don’t notice the ums and ahs because they are enthralled by your story, you’re fine. If there are too many, if they are too distracting, or if they become an obstacle for comprehension, they hamper your communication. The good news is: You’re definitely human.

(There is a lot more to say about these little buggers. So: to be continued)

PS somewhat unconnected, or maybe not? This blog was written with this music in the background. 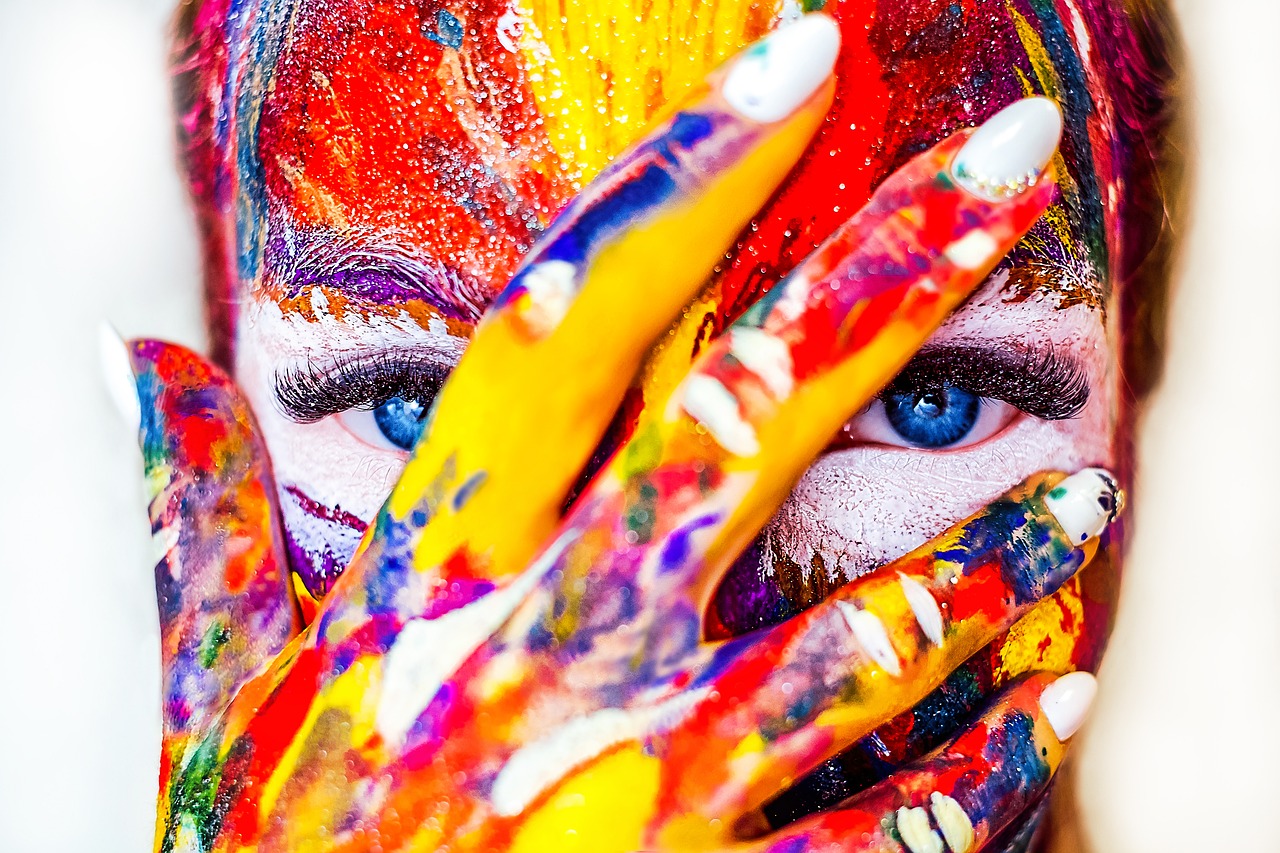 In my storytelling workshops there is always a discussion about whether you should be honest and tell personal stories exactly as they happened or you should “improve” them. I say: improve them.

And we all automatically do. We fill in gaps, attach meaning where at the moment there was none, merge different conversations into one, basically paint a brighter picture than there originally was. If we wouldn’t our stories would be boring, and we instinctively know this.

But is this lying?

Hardly. Our memory is a wonderful thing. Every time you recall a memory you change it. What you remember is not the original story but your recollection of a story. So your story will be different from the original, but you don’t realise this. That’s what makes eye witness accounts in court so unreliable.

But as a speaker you go one step further: you wilfully change the story. To make it better. To fit your message. To keep the audience’s attention. And again, most of the times I think this is a good thing. (Law and science might be exceptions)

I think there are two levels of truth: literal truth and intrinsic truth.

Literal truth means that your account is 100% correct. Literal truth is needed in some contexts, even on stage (don’t mess with the annual figures). But most of the time it is not what you or what your audience needs.

Intrinsic truth keeps the meaning and the message of the account intact, while romanticising  the account itself. If you had three conversations with professor X you condense those into one. The fact that there were three conversations is not relevant. Intrinsic truth is reached when you change the facts, but only the unimportant ones. Afterwards, when an audience member comes up to you with more questions, you should be able to say: “this is how it really happened but for the sake of the story, I left this part out, I condensed that part.” And the audience member should agree that that doesn’t really matter.

And then, of course, there is the way in which you are honest. Take a look at this short clip – a fragment of a speech by Gerald Ratner speaking at the Institute of Directors Annual Convention in 1991. In the years prior Ratner had built an empire in cheap jewellery. While the regular jewellers were suffering from the depression his shops did tremendously well by selling jewellery to the general audience at knock-off prices. How was he able to do that? By allowing the quality of his products to be far, far inferior. Which of course, everybody knew. In this fragment of his speech he is extremely candid about it.

“We also do cut-glass sherry decanters complete with six glasses on a silver-plated tray that your butler can serve you drinks on, all for £4.95. People say, “How can you sell this for such a low price?”, I say, “because it’s total crap.”

The result? Ratner group lost £500 million and almost went under. The consequence of Ratner being too honest. And the media picking up this juicy fragment rather than the rest of his speech.

What should Ratner have done? There is no shame acknowledging that his products were of inferior quality than those of the competitors. But it might not have been smart to laugh at the expense of his customers. Instead of “I say, because it’s total crap” Ratner should have chosen for a more boring alternative like “because the quality is not the same as with expensive jewellers.” Same intrinsic truth, but a different way of wording it.

It would cost him his laugh but not his company.

The full Ratner speech is published by the Institute of Directors:

Why? Why the constant first at reactions, mostly at youtube. What does it signify?
Depth? No.
Boredom? Maybe.
Humor? Not any more.
Opportunistic mindless copying? That must be it!

More importantly: who was the first first? Because that’s creativity. Maybe not with a capital C, but nonetheless.

There is nothing wrong with first, unless you’re not first.

Anyway, this is my first post on this blog.
Deep? No.
Original? Hardly.
Opportunistic mindless copying? I hope not.